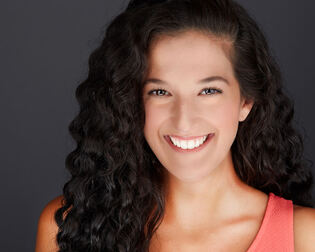 Samantha was born in Wantagh, NY where she attended Seaford High School and went on to receive her BFA in Acting and Dance at Adelphi University.  For Samantha, being a part of Magical Memories Events has been a dream come true! When she's not being a princess, she is the Director/Choreographer for Seaford High School's Drama Club, as well as the choreographer for the Children's Theatre at the new Argyle Theatre in Babylon.  Samantha also teaches and choreographs at the studio she grew up at - Body Language Dance and Theatre Arts Studio in Massapequa.  Samantha would like to thank her family and husband Grant for their constant love and support through all her endeavors! 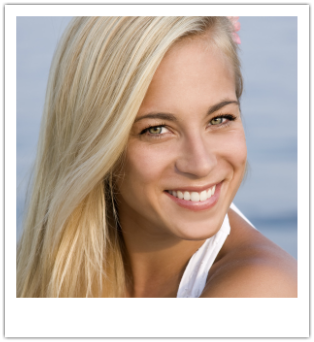 Amanda went to Hofstra University and received her B.A in Dance, Psychology and Fine Arts, while continuing her acting training in NYC. Amanda started her professional dance career at age 16 with performances at Mohegan Sun Casino, A Hip-Hop Instructional DVD & a Hip-Hop tour in the U.K. She made her first T.V appearance in the Sugarland music video “Already Gone”. After her TV debut, Amanda's TV commercial & commercial print career took off & she booked for ads for Toys R Us, Baby's R Us, Forbes Magazine, Women's Health Magazine, Party City, Walgreens, WWE, Bridezilla, Wax Vac, Ricola, Subway & many more. In the TV Show world she has had various roles in shows such as The College Humor Show, Gossip Girl, Michael & Michael Have Issues & Nikki & Sara Live.
(www.amandamichellebisack.com) 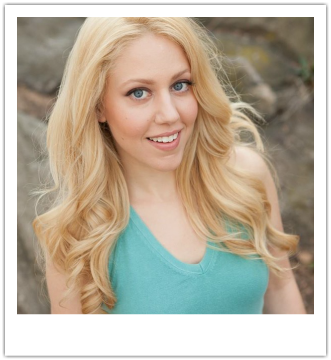 Louisa Bikowski is a New York native who has traveled, performed, and taught at various places throughout the U. S. as well as overseas. While teaching and competing in Ballroom Dancing, she got her Teacher’s Assistant certification and worked in classrooms from K-8th grades. When pursuing a dancing career, she stumbled upon musical theatre by accident and has been hooked ever since. Even though she performs in numerous main stage and educational theatre shows (and now film and television productions,) children’s theatre is always her favorite. Now she can combine her love for performing and making kids smile as she is extremely excited to be a part of Magical Memories. 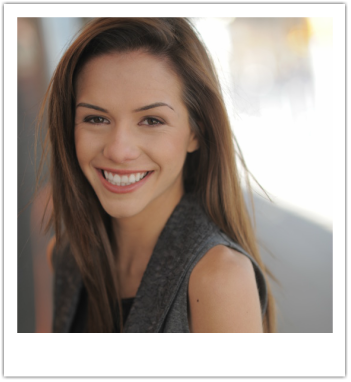 Shannon is a Long Island Native. She recently graduated University of Delaware where she majored in Psychology and Communication and minored in Theatre Performance. While in college, she starred in short films and performed in various musicals including Rent (Mimi) & Legally Blonde (Pilar.)
As a member of University of Delaware’s dance team Delaware Dance Fever, she performed at basketball games for the Philadelphia 76er’s & competed in National Dance Showcases. She has worked facilitating bullying prevention programs and adolescent behavior therapies. She is now beginning graduate school in NYC to obtain her doctorate in Child Psychology.
​Shannon is thrilled to incorporate her performing talents with her love for working with children as a princess for Magical Memories LLC. 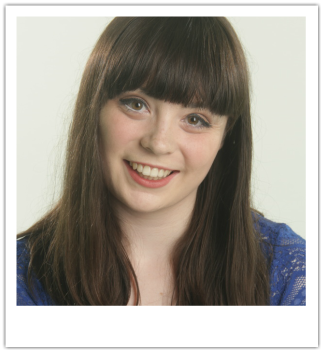 Sinead is a recent summa cum laude graduate of the SUNY New Paltz Honors Program and received a Bachelor of Arts in Theatre Arts with a concentration in performance, and is currently pursuing a Master’s degree in Theatre and English Adolescent Education at Adelphi University. A Long Island native, she has studied dance extensively at the Corner Dance Studio in Smithtown for eighteen years and studies voice privately. Sinead has numerous musical and Shakespeare credits under her belt both on Long Island and in the Hudson Valley area. In addition to performing, Sinead is also a choreographer and dramaturg, having choreographed a number of her high school plays, The Producersmainstage at SUNY New Paltz alongside Broadway choreographer Joe Langworth, and a series of original pieces for Dance Underground. Some of Sinead’s other interests include Cosplay,voice acting, and writing. She loves working with children, especially when their dreams come true as their favorite princess walks through the door! 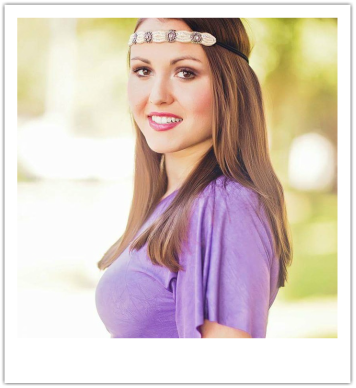 Princess Brandy Hooper is an actor and singer from Orlando, Florida. She moved to Long Island to earn her masters in vocal performance from LIU Post. She has been seen in Orlando as a Who in Universal Studio's Grinchmas Who-liday Spectacular, as a sketch comedian with the Humor Mill Orlando Sketch Comedy Troupe, as Jenny in Company with Cornerstone Theater Company, as Emma Goldman in Assassins at Cornerstone Theatre Company, and as Peggy in Godspell at the Theater Downtown. She is a firm believer in sharing  kindness and inspiration. "I am a princess. All girls are. Even if they live in tiny old attics. Even if they dress in rags, even if they aren’t pretty, or smart, or young. They’re still princesses." - A Little Princess. 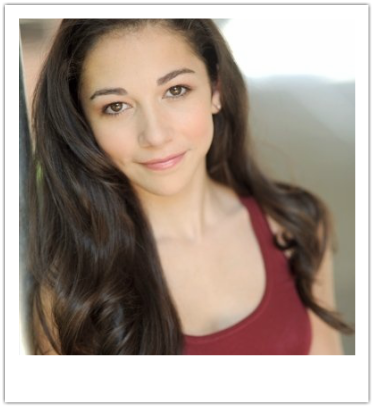 Aly Brier has been a professionally working actor since age 10. She made her Broadway debut at age 12 in Billy Elliot the Musical and, for 16 months, played the roles of Julie Hope and the principal role of Debbie. Other credits include numerous short films, including Love Struck by Lane Napper (Victorious), national and regional commercials, music videos, voiceovers, live appearances, tv pilot and the 9 month Broadway National Tour of Chitty Chitty Bang Bang (Jemima Potts). She has received awards including Best Supporting Actress for a Thesis Film by Loomings Film Awards 2012, Long Island Scholar Artist Certificate of Merit for Acting 2014-15 and a college scholarship from the Creative Empowerment Arts Contest for her original film, A Helping Hand. Aly is currently an Intern and Assistant Teacher at Dance Molinari NYC/LA. www.alybrier.com 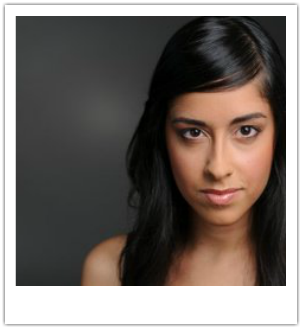 Christina Labrador is a breath of fresh air with her energy and enchanting presence. Since she was a little girl she's performed and choreographed her own stage shows for school and local events in Long Island. After graduating from Hofstra University with a B.A. in Broadcast Journalism with a minor in music, she dedicated more time and effort in making musical strides after a brief stint as a video editor. Christina has performed in some of NYC's finest venues, which include Iridium Jazz Club, Club Opal, Times Square Arts Center, Fat Baby, The Canal Room and Webster Hall, where she performed for the King of Pop, Michael Jackson. She currently tours the tri-state area as a singer and musician for a number of high profile bands. 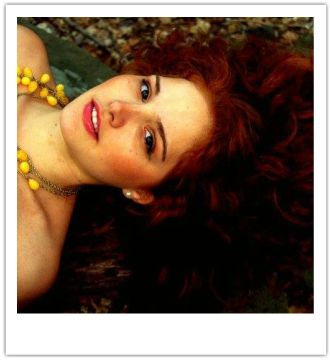 Colleen Weidman was born & raised on Long Island. She is currently attending nursing school & wants to eventually become a Pediatric Nurse. She is a Youth Group leader at her church & has been involved in overseas mission work for children who are in poverty. Colleen’s life has been surrounded by children & she loves it! Colleen has always been a princess at heart & has a passion to show every little girl that they are princesses and truly special.
With Colleen’s smile and cheerful personality, she brings joy to everyone she is around. 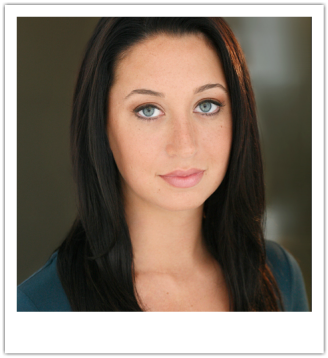 Megan Rose is a princess at heart & believes using your imagination is healthy for the growth of individuality in both children & adults.  Megan holds a B.A. in Theatre  Performance & Speech as a proud graduate of the Wagner College Theatre program. Megan studied with the New Jersey Ballet Company performing in various professional ballets including the role of Clara in their Nutcracker at the famous Paper Mill Playhouse as well as  statewide tours.  She's landed lead roles at The Growing Stage, an equity children's theatre where she interacts afterwards with the children audience; and while performing at Six Flags Great Adventure, her  show was ranked #1 in the park!  She has been seen on the big screen at the Beacon Theater and Radio City Music Hall in music videos for the opening of the Tony Awards for 3 years. Megan is currently acting in film and television while continuing to work as a Princess for Magical Memories.  "If you can dream it, you can do it" ~Walt Disney. 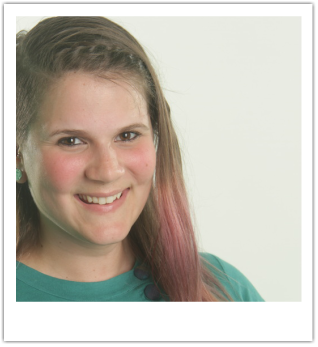 Leigh Anne is a Long Island native who recently received her Bachelor of Arts in Music Industry with a minor in dance from SUNY Oneonta. While attending Oneonta she had the pleasure of playing Ilse in Spring Awakening, Carrie Pipperidge in Carousel, Mary in Jesus Christ Superstar, and being part of the ensembles in Of Thee I Sing and The Drowsy Chaperone. She loves getting to make a child's day while doing what she loves, performing. 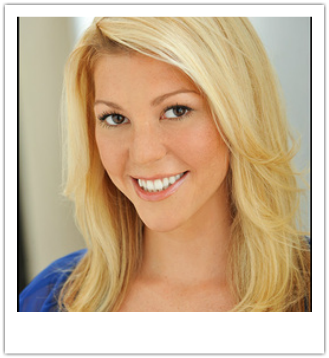 Kimberly Magness is a Kentuckiana native who has been working in the acting/modeling industry since childhood.  Kimberly starred as the leads in Discovery's Fit & Health's Shocking Family Secrets, the Travel Channel's Mysteries at the Museum, and Discovery ID's hit shows Stalked, Scorned, and I Married a Mobster. She can also be seen in a principal role on a national commercial for Larry the Cable Guy. Kimberly represents the renowned New York City Horror Film Festival as the programmer and judge. Kimberly is honored to have modeled on the Rachael Ray Show, Nate Berkus, FOX, CBS, NBC, and E! News. She most recently can be seen as the lead on MTV's new prank show, Totally Clueless! 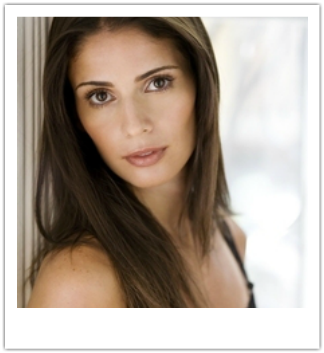 Renee lives in New York City where she works as an actress, model and dancer. She was born in California where she starred in her first commercial at the age of 7.  She knew then on she wanted to pursue a career in Show Business.  A natural performer, Renee has starred in many national commercials and ad campaigns.  She also had a 3 episode contract for TV show Gossip Girl.  One of Renee's favorite acting jobs was her role in Sugarland's "Already Gone" music video.  When Renee is not working she likes to spend her free time with friends and family.  A true "girly-girl, Renee loves fashion, makeup and beauty. Renee loves to be around kids.  A big part of her work is co-staring with children acting as their mothers and the children love her!  Renee has true charisma with children and she is excited to start her own family someday! 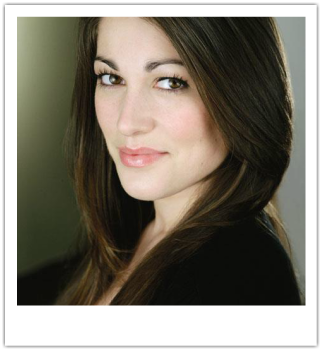 Jessica Gray is a Long Island native. This actress, singer, dancer and comedian is a graduate of Adelphi University and was trained at the Body Language Dance Studio in Massapequa. During her senior year in college, Gray performed in the university’s production of “Steel Magnolias,” and has also appeared in “Island of Lost Conceits” and “Family Portrait.” She was a performer in Sesame Street Live, and brings true characters to life at our parties with her incredible talents! 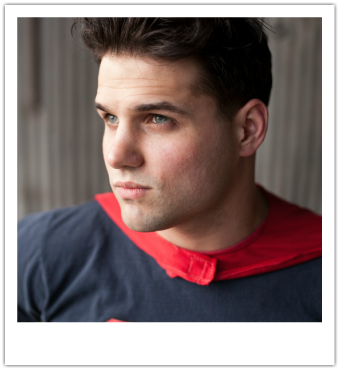 Stephen Anastasia is a graduate of West Point where he earned a Bachelors of Science in Engineering and wrestled at the Division 1 level.  After serving as a Captain in the Army, Stephen returned home to NYC to pursue acting and musical theatre. He has been fortunate enough to perform on both coasts playing roles such as Charlie Brown, Danny in Grease, Ren in Footloose, Joseph in Joseph..., Laurie in Little Women, Dickon in Secret Garden, and Romeo in Romeo and Juliet.
When he is not out swashbuckling, harvesting ice, or rescuing princesses from castles, he can be found reading and studying during his second year of law school at Fordham law.